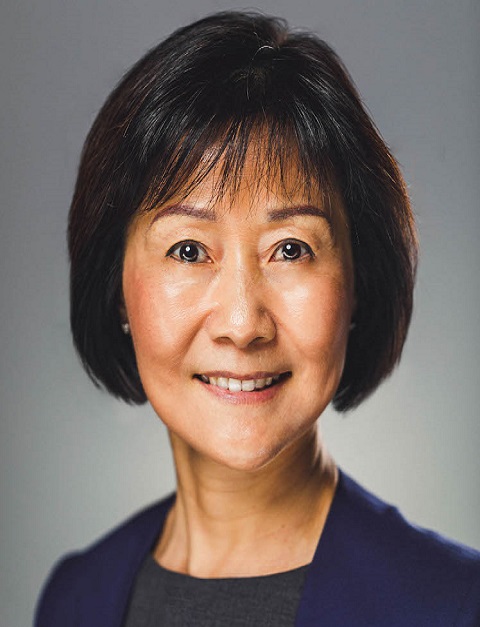 Dr Ruoyi Zhou is the Director of IBM Research – Ireland with the responsibilities to drive innovation and grow a world-class industrial research organization in AI, Internet of Things (IoT), high performance computing, mathematical modeling, quantum computing, and other cutting-edge sciences and technologies.

Prior to her current role, she served as the Director of IBM Accessibility Research where she oversaw development of advanced technology to enable accessibility for IBM products, solutions, and services; creation of AI-powered assistive technology for people with disabilities; and exploration of IoT-based AI solutions for Aging. She also served on the Industry Advisory Council at the Colorado University College of Engineering & Applied Science and on the Board of Advisors for G3ict. She initiated and launched the Accessibility track at the Grace Hopper Conference and served as a committee member. Additionally, Ruoyi was the Co-Director of AI for Healthy Living, a joint research center between IBM and the University of California, San Diego.

Previously, Ruoyi was the Director responsible for the partnership between IBM Research and IBM Global Business Services. In this role, she led a global team and grew services revenue by applying differentiating technologies to solve challenging business problems. During her tenure as a senior research manager, Ruoyi led a cross-disciplinary team in tackling one of the most difficult problems in IBM’s strategic outsourcing business: forecasting deal cost and pricing, using complex mathematical modeling and predictive analytics. Before stepping into research management, Ruoyi served as the Chief of Staff in the Lab Director’s office at IBM’s Almaden Research Center. Ruoyi spent the early part of her career in IBM’s Storage Systems Group as an engineer designing magnetic recording heads and developing thin-film disk technology. Prior to joining IBM, Ruoyi was a postdoctoral researcher at the Los Alamos National Laboratory, where she studied and researched process and characterization of high-temperature superconductors.

Ruoyi holds a Ph.D. in Materials Science from Rutgers University. She has over 30 publications and is the recipient of several patents. She was a YWCA TWIN Award honoree, one of the most prestigious awards in the United States, recognizing successful women executives for their outstanding achievements. 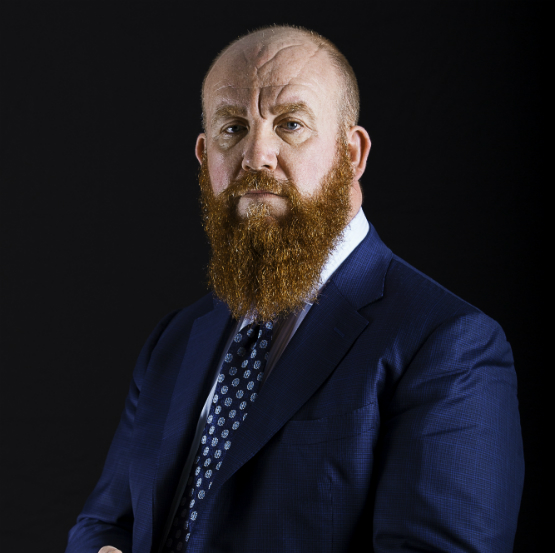 Paul C Dwyer is recognised as one of the world’s foremost experts on cyber security, risk and privacy. As CEO of Cyber Risk International he specialises in corporate and enterprise security, development of cyber defence programs, and business operations protection for CRI clients.

With responsibility for the protection of trillions of euros in global money movement and critical infrastructure technologies that protect hundreds of thousands of companies’ and governments’ interests in more than 100 countries.

He has been certified an industry professional by the International Information Security Certification Consortium (ISC2) and the Information System Audit and Control Association (ISACA) and selected for the IT Governance Expert Panel. Approved by the National Crime Faculty and the HTCN High Tech Crime Network.
Paul has worked extensively around the world and his diverse career spans more than 25 years working with military, law enforcement, and the commercial sector. 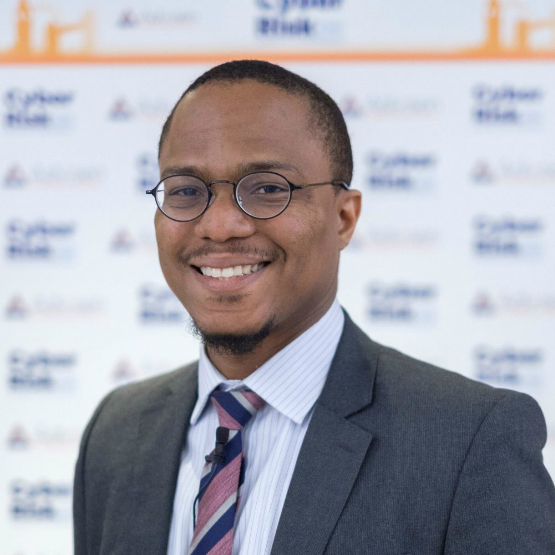 Dr Jason R.C. Nurse is an Assistant Professor in Cyber Security at the University of Kent. He is also a Visiting Academic at the University of Oxford, a Visiting Fellow in Defence and Security at Cranfield University, and a professional member of various associations relating to cyber security research and practice. Prior to joining Kent in 2018, Dr Nurse was a Research Fellow at the University of Oxford for 7 years. For his research into the interdisciplinary aspects of cyber, Dr Nurse was nominated as a Rising Star within the UK’s EPSRC RISE Awards Campaign. Specifically, his research concentrates on investigating interdisciplinary approaches to enhance and maintain cyber security for organisations, individuals and governments. This considers the full spectrum of technologies in use today and encompasses topics such as security risk management in cyberspace, privacy and security in the internet-of-things, cyber insurance, and dimensions of cybercrime. 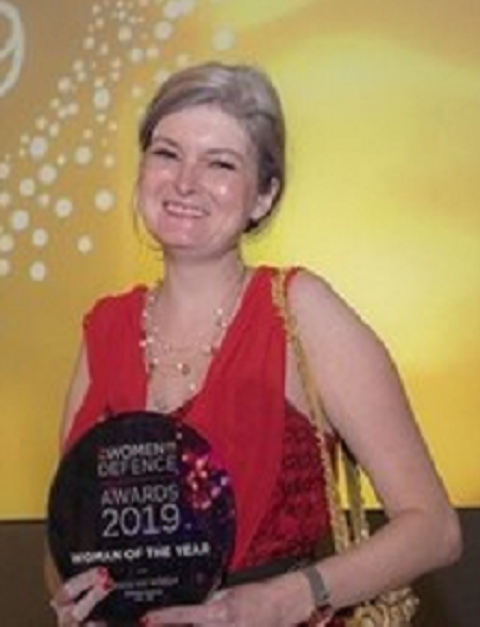 Dr Phillippa M. Spencer is the 2019 winner of the Woman of the Year Women in Defence and Outstanding Contribution to Defence Awards. The annual awards, this year held at Guildhall in London, recognise exceptional women across UK defence. With more than 470 nominations received, the competition was high.

Phillippa was cited for her work as a polymath, applying mathematical and statistical thinking across a number of areas such as cyber, artificial intelligence, data fusion, chemistry and biology; She has worked at Defence Science and Technology Laboratory (Dstl) for 17 years.

Her analysis was used amongst healthcare workers in Sierra Leone during the Ebola outbreak and she was a key subject matter expert in bringing the F-35 fighter into service. More recently, Phillippa was involved in the clean-up of Salisbury following the Novichok incident, where she applied statistical modelling to determine whether locations or vehicles were safe to use.

This year Phillippa was awarded a patent for her method of interrogating mixtures of nuclear acids by short tandem repeat analysis. This complements her existing patents at Dstl including for the pre-symptomatic diagnosis of sepsis.

On receiving her award Phillippa said:
“This was a huge shock to me and a tremendous honour. I want to thank all the people who have supported me throughout the years, especially the F-35 team. Becoming Woman of the Year is a humbling, yet exciting experience.” I am lucky enough to have had a diverse and extremely fun career and I hope that I have many years to come. I would ask all of my colleagues to nominate more women next year as I know there are many others like me who have made significant contribution to defence.” 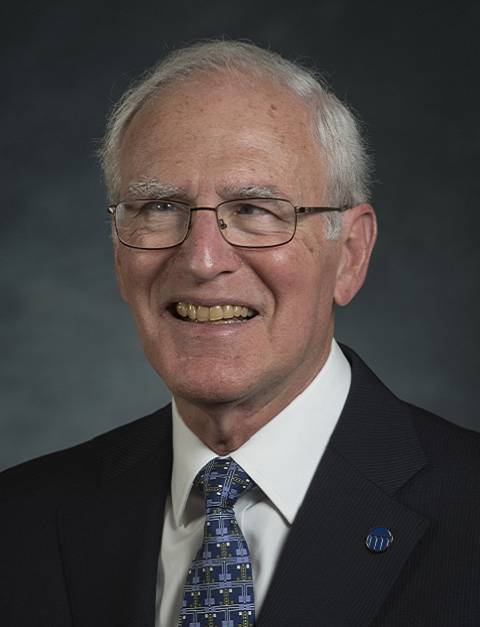 Steven B. Lipner is executive director of SAFECode, a non-profit industry organization dedicated to improving software assurance and is an adjunct professor of computer science at Carnegie Mellon University. He has almost fifty years’ experience as a researcher, engineering manager, and general manager in cybersecurity. Lipner retired in 2015 as partner director of software security at Microsoft, where he created and led Microsoft’s Security Development Lifecycle (SDL) team and was responsible for the definition, tools development and company-wide execution of Microsoft’s internal SDL process and for tools and programs that made the SDL available to organizations beyond Microsoft. Lipner was also responsible for Microsoft’s corporate strategies and policies for supply chain security and for strategies related to government security evaluation of Microsoft products. He served as the Microsoft member and board chair of SAFECode.

Lipner has been involved throughout his career as a contributor to the development of government policies related to cybersecurity. He is now serving his third term on the United States Information Security and Privacy Advisory Board and currently serves as the board chair.

Lipner was elected to the National Academy of Engineering in 2017 and has served on numerous National Academies committees. He was elected to the National Cybersecurity Hall of Fame in 2015. Lipner holds twelve U.S. patents for inventions in the field of computer and network security. He received an S.B. and S.M. in civil engineering from MIT and attended the Harvard Business School’s Program for Management Development. 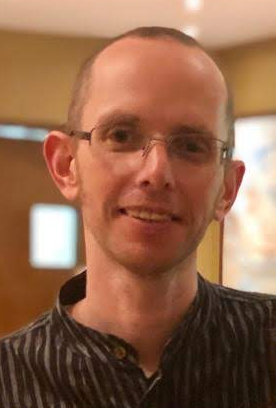 Dr Siôn Lloyd is a member of the Internet Corporation for Assigned Names and Numbers (ICANN’s) Internet identifiers Security, Stability and Resiliency Team.

Siôn’s work is currently focused on understanding the ways in which bad actors are making use of the global COVID-19 pandemic to promote their campaigns; specifically around the misuse of the Domain Name System (DNS).

He has worked in the domain name industry for over 20 years and has been researching the use and misuse of DNS from a security point of view for much of that time. He has seen how the DNS can be used in attack and defence and how it can be made more secure; even for those people who have never heard of it and don’t realise that they are using it. 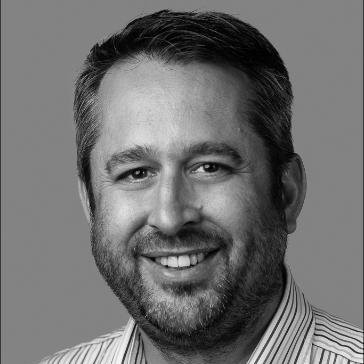 James has led teams in InfoSec and Cybersecurity since 1997, working across the private sector and government organisations helping them to understand technical aspects of information security.

James spent over ten years of his career as a security architect and deputy head of Information Security professional at BAE Systems Detica; he previously worked at Nortel Networks in the United States.

James has always been fascinated by innovative ways of countering the growth of crime and fraud in computer networks and developing effective ways of measuring and managing the security big picture. In 2011 this journey led to an exploration of digital footprints, and their impact on the security of the modern business.

James is a regular speaker at technology events and cyber security conferences across the globe and is regularly quoted in the press. 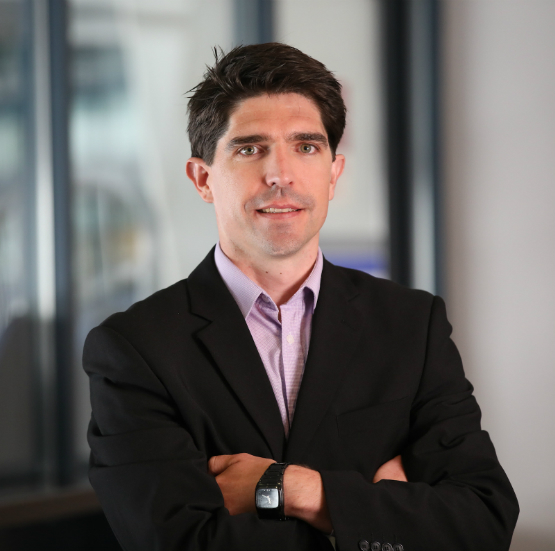 Wayne Bursey is the Industrial Cyber Security Lead with Siemens Ltd., Dublin, focusing on OT (Operational Technology) Security for our customers Industrial Control Systems and Environments. In the age of Digitalisation, Cyber Security and Networks are the core pillars to deliver this evolution.

Wayne has worked with Siemens for 20 years serving industrial customers, distribution partners and OEMs to deliver solutions and services in automation, networking, digitalization and data driven IoT platforms within Industry 4.0. 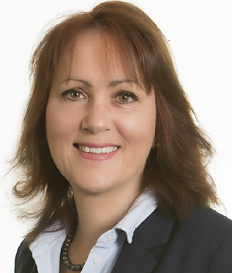 Valerie Lyons is COO of BH Consulting, where she designs and delivers projects across a vast range of topics such as GDPR, Data Protection, ISO 27001, CyberStrategy, Enterprise Security Risk and Incident Response. Prior to BH Consulting, she spent almost 15 years as Head of Information Risk in KBC Bank and has extensive senior-level experience in the financial services sector. Her background spans compliance, corporate and ICT governance, data protection, information privacy, cyber auditing, cyber risk management, cyber strategy and team leadership.

Valerie has an in-depth knowledge of GDPR and is frequently invited to speak at industry conferences, most recently keynoting at COSAC’s International Security Conference 2019. Valerie is currently pursuing a PhD in DCU’s Business School (under a scholarship award from the Irish Research Council) researching the effectiveness of organizations’ privacy protection orientations. A certified CISSP for almost 20 years, she holds a Master of Science in Business Leadership from University College Cork and a BSc in Information Systems from Trinity College Dublin.

Pearson is the world’s leading learning company, we help people all over the world make progress in their lives through learning. Smart and innovative uses of technology are vital to Pearson, especially as we become more global, more open and more closely connected with learners.

Prior to joining Pearson, Vincent worked for Raytheon Systems in the UK for five years, establishing the EMEA Cyber Security Practice, supporting customers within government, defence and intelligence, and spent two years as the Chief Security Officer for the e-Borders programme.