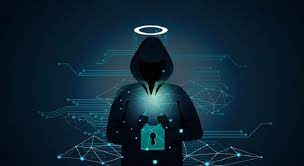 Covid-19 has completely revolutionized the way we work, with working from home quickly becoming the norm. This has placed an increasing importance on cyber security and ensuring that there is an appropriate level of security in place to protect the organisations data and resources. This has resulted in organisations making every effort to regularly analyse and review their cyber security efforts. This brings us to the topic of this blog – “Ethical Hacking”. So, what is it? 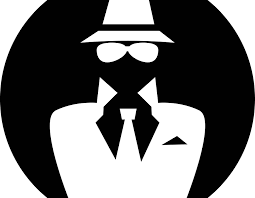 What is Ethical Hacking?

This involves authorizing an attempt to gain unauthorized access to a system, data or application. This is done in an attempt to identify vulnerabilities that may exist in an organisation’s cyber security defenses.

The practice of ethical hacking is labeled as “White Hat” hacking. The individuals carrying out these “hacks” are generally referred to as “white hat” hackers.

What do these “White Hat” hackers do?

Ethical hacking is also referred to as penetration testing or pen testing. The white hat hacker works with their client to agree on a scope and specific goals that they wish to achieve from the hacking process. This should outline the types of computers, systems, or applications that should be investigated. The hacker should also specify the extent to which efforts should be made to hack the systems. It is essential that the scope and goals of the project are described in detail and agreed upon before initiating any testing.

The hacker then needs to familiarize themselves with the client and their organisations. They should identify factors such as OS platforms, patch levels, users, IP addresses, advertised network ports, applications, and anything else that they could possibly exploit.

Following this, the hacker must then attempt to “break in” to the systems. Once the hacker has completed their efforts, they must then write up and present a report that outlines the main findings and conclusions from their activities. 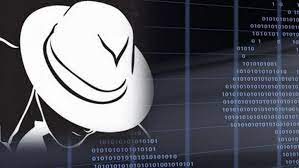 The range of skills required for a White Hat Hacker

Make sure to register for this year’s Cyber Science conference to learn more about this topic as well as all of the most important advancements in the world of Cyber Security, Cyber Incident Response and Social Media.

This website uses cookies to improve your experience while you navigate through the website. Out of these cookies, the cookies that are categorized as necessary are stored on your browser as they are essential for the working of basic functionalities of the website. We also use third-party cookies that help us analyze and understand how you use this website. These cookies will be stored in your browser only with your consent. You also have the option to opt-out of these cookies. But opting out of some of these cookies may have an effect on your browsing experience.
Necessary Always Enabled
Necessary cookies are absolutely essential for the website to function properly. This category only includes cookies that ensures basic functionalities and security features of the website. These cookies do not store any personal information.
Non-necessary
Any cookies that may not be particularly necessary for the website to function and is used specifically to collect user personal data via analytics, ads, other embedded contents are termed as non-necessary cookies. It is mandatory to procure user consent prior to running these cookies on your website.
SAVE & ACCEPT